Why Windows Phone 7 would have failed as a startup. 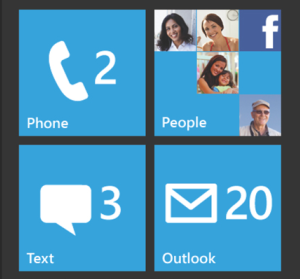 While Windows Phone 7 has been making steady progress in terms of market share since it’s launch in late 2010, a series of poor decisions and technical errors have and continue to threaten it’s chances of success. Ignoring the essentially limitless financial backing of Microsoft, the OS is in many ways similar to a startup, and there are a number of vital lessons which can be learned from the launch of WP7.

No idea-validation from users prior to launch

It is essential that any startup validates their idea with users first: if you spend months creating a product that nobody will use, your time and the money of your investors has been wasted. In a QA session with developers, the WP7 team supposedly admitted that no user-testing had been done prior to the announcement (source). Before launching, always ensure that some idea-validation is done, even if your startup is in ‘stealth’.

In a world where Google releases updates for Android at an unbelievable pace, it was vital from the start for Microsoft to have a fast, regular update cycle. In the first six months, just one update has arrived, and it was a disaster (see below). A startup needs to be fast and flexible in order to succeed in the marketplace: by continually refining the design, adding features enhancing the service founders can ensure that their product stays at the top of the game.

Launching without features that competitors already have

Yes, the UI on Windows Phone 7 is revolutionary in many ways (and more functional than competing platforms) but the launch of WP7 with a lack of basic features (which competitors offer) would have crippled any other startup. A lack of multitasking, copy and paste and a browser which doesn’t support HTML5 restrict the functionality of the phone, and highlight an obvious reason to choose a competitor’s product. When launching a startup, it is vital not only that the product or service offers something new and innovative, but that it offers the simple features as well (and certainly any features which competitors offer).

In what would be the killer-blow for any other startup, the very first update to Windows Phone 7 resulted in a multitude of problems affecting over 10% of the user base, in many cases making the phone entirely unusable. In a startup, even if you experience the greatest launch you could dream of, with a product unparalleled in quality, essentially ‘breaking’ the product (for which users paid hundreds of dollars for) with an update would destroy almost any company.