How I doubled the price of my software product – and sold ten times as many copies. 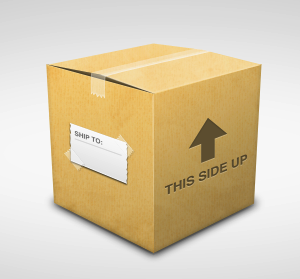 The software developer who’s story we are telling wishes to remain anonymous – however to provide some context: the application is a consumer-focused productivity application (he does sell to a limited number of enterprise customers), it is beautifully designed and of very high quality. For the purposes of this tale, let’s call the developer ‘Gary’ and the software ‘XProductivity’.

Gary launched XProductivity in January 2011 after six months of development, he is an independent, bootstrapped developer and this is the first product he has launched himself (being a full time software engineer for a larger company). The product was originally available for $9.99. Upon launching the software, Gary emailed every technology blog and journalist he knew to find some media attention for his product, and it worked: a number of major technology blogs covered the launch, and web traffic peaked at 50,000 daily hits over the launch period. Unfortunately, while traffic to the website was great, sales figures were very low: a huge volume of customers were viewing the website and deciding not to purchase the product. In an attempt to resolve this, Gary spent weeks tweaking and then fully re-designing the website, but it had no effect: people simply weren’t buying the product.

By March 2011, Gary became desperate, and out of a desire to begin making some kind of real revenue from the product, he decided to double the price of the software to $19.99, hoping to sell to the same niche of particularly interested customers who were currently purchasing the product, but at this higher price. To his shock, sales of XProductivity immediately spiked, increasing to ten times the number of daily sales he was previously processing. Gary scanned his web analytics, trying to figure out where all these additional sales were coming from, or what kind of targeted media coverage the product had received. However, nothing was different: daily traffic figures were unchanged, and major sources of traffic were identical: the only change was the price, and that had causes sales to increase tenfold. These sales figures have remained constant for the past four months – it certainly isn’t a short term spike.

Rather than decreasing sales figures, doubling the price of his software product actually increased sales by a huge amount, and there is a very important explanation for this amazing tale:

For customers, cost still equals quality: Despite the proliferation of sub $2 applications on mobile app stores, consumers still have a mindset, at least in regards to desktop software, that a high price equals higher quality, and a low price means that the software will be lower quality. By increasing the price of his software product, it was immediately perceived by visitors to the website to be of a higher quality, and therefore they were much more willing to purchase the software.  No change was made to the software, and no change was made to the website: customers simply assumed that a higher price meant that the product was of a premium quality, and were willing to pay for it. Despite the irony of this situation, it has proven true for a range of developers in recent years – and it’s a trend that any software business should investigate.

Read the followup to this article here – ‘How my startup launched to 50,000 daily pageviews with just a few emails‘.

August 24, 2012
PrevPrevious‘Not failing’ should be the central aim in the first six months of any startup.
NextWhy your startup shouldn’t focus on growth OR profitability.Next