The Hipmunk Story – An Interview with Adam Goldstein 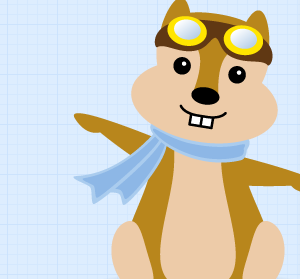 Hipmunk is an exciting new travel search site which takes the distress out of travel-planning. The service has received more than $5 million in funding, and has grown incredibly quickly to become one of the most popular travel search sites available.  Today we are lucky enough to have the co-founder of Hipmunk, Adam Goldstein on The Startup Project.

How did you get into the world of technology and startups? What draws you to the industry?

I started making my own software when I was in middle school—little side projects like a “fraction calculator” and a board game a friend of mine came up with. Originally the attraction was proving I could build something that worked, but once I realized that I could sell my software online, I started realizing there was an opportunity to build something people actually loved to use, and were willing to pay for. It’s this combination of building things, and making people happy, that draws me to the industry.

Tell us the background story on launching Hipmunk – where did the idea come from? How did you go about creating and launching the startup?

At MIT I was very active on the Debate Team, and we’d travel all over the country and the world. I became the “travel agent” for the team, and would spend hours and hours searching for flights and hotels on sites like Kayak. I realized these sites were fundamentally not geared towards helping me find what I wanted—they were focused on advertising and finding the “cheapest option.” Well, I wanted the least agonizing option, even if it wasn’t the cheapest—and I wanted the experience to be agony-free, too. I pitched the idea to my friend Steve Huffman (one of the Reddit founders), and he was game for giving it a shot, so we applied to Y Combinator, got in, and started hacking away until we’d built something we thought was more useful than Kayak to us.

Your team chose the name ‘Hipmunk’ based largely on what domain names were available – what advice would you offer to startups in that regard? Would you advise spending a few thousand dollars to purchase a stronger domain? Is a name really that important?

A name is important, but far less important than whether people actually want to use your site. I don’t think startups should worry about the name until they are pretty confident they’ve built something people want to use; once they’ve gotten to that point, yes, I think it’s worth paying a few thousand dollars for a good name if they can afford it.

Hipmunk received $4.2 million in funding earlier this year – can you describe the process of pitching you went through to find investors? What advice can you offer to other founders seeking funding?

We had a fairly painless fundraising process—one of our angel investors, Ignition Partners, came to us with reasonable terms, and we knew them to be great people, with lots of connections in online travel. We did a few “feeling-out” pitches, sure, but when it came down to it we just took a good offer when it was on the table.

We were enormously helped by showing how fervent our users are. It’s one thing to have a lot of users, or to be growing quickly, but investors know those numbers can be misleading (you could spend a lot of money on advertising, for example, and once you stop spending that money your users and growth will disappear). You can’t fake loyal users, so I think that’s the best thing to focus on when pitching.

If you could only offer one piece of advice to an aspiring entrepreneur, what would it be?

Build something you would want to use. Improve it until you can imagine yourself, a year or two prior, using what you’ve built over the competition. Then see if other people like it, and if they do, work on that. Otherwise, work on something else.