Creating a Startup Around a Domain Name – An Interview With Get.com 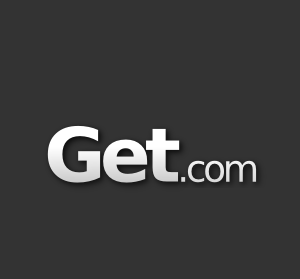 Get.com is a fantastic new product discovery service which was launched recently by the creators of Stickam, Steven Fruchter and Jake Gold. The site centres around the idea of using Q&A (Quora style) to find answers on buying decisions and product options. Today we are lucky enough to have the co-founder of Get.com, Steven Fruchter, on The Startup Project.

Share the tale behind the creation and launch of Get.com, why do you believe Get has such great potential?

We both hated how hard it is to shop online. If you’re being diligent and really want to find a good product, that actually matches your needs, you have to spend a good deal of time weighing the various
options, reading reviews, comparing specs, and learning just to be able to make an informed decision.
It occurred to us that we’re doing all this research every time we buy a product, and so are a lot of other people. Every day millions of people do the same research that other people have already done. There’s no place where that knowledge and experience is being preserved for the next people who comes along.
So we decided to create a place where people can come together to do that. Maybe you have knowledge about audio gear, so you help people with that, and other people have knowledge about fashion, so they help you. Everybody wins.
For a concrete example, imagine you want an electric toothbrush and you have sensitive gums. You would probably go to Amazon and search “electric toothbrush”.  Then you would see hundreds of electric toothbrushes to choose from. How do you know which of them are any good at all? How do you know which ones won’t irritate your sensitive gums? You would start comparing specs, reading people’s reviews looking for mentions sensitive gums, maybe Google it.
It’s a long and difficult process for something that should be really simple and it’s ridiculous. Are you really the first person who has sensitive gums and wants an electric toothbrush? Of course not, there are thousands of people who were in your shoes, many of which probably found a good solution through trial and error or extensive research. Wouldn’t it be really nice if you could save all that time by just asking them?

The domain name seems to be a critical part of Get – how much of a role did it play in the establishment of the site? In your opinion, how important is a great domain name to the success of tech startups in general?

The fashion today is to say that domains don’t matter.  We think they matter more than ever for consumer web sites. We’re trying to build Get.com into a brand that people come to directly when they want to buy something. That means they need to remember it and it needs to be easy to say, spell, and type.
If you’re a mobile app developer it probably doesn’t matter much at all, because your distribution mechanism is the app store. For an enterprise company it also probably doesn’t matter, because you’re getting your clients through sales calls and paid advertising.
Even for a consumer web site, like ours, you can certainly succeed with a lesser domain name, it just makes it that much harder, and startups need every advantage they can get.

Get has managed to raise $1 million in funding prior to launch – can you shed some light on that process? How would you advise other entrepreneurs approach investment for their own startups?

We had a pretty advanced prototype version of our site by the time we raised money. We’ve also have a track record of building projects together, so it’s not a huge leap of faith to think we can actually create stuff.
I think the only real “hack” for getting funding is to show traction. That’s the only time it’s ever easy for anyone. Short of that, at least build something to prove you can.

The success of Get will rely on the site forming a solid base of users in a relatively short time – how is the company working to achieve that?

So far we’ve found that it’s not hard to get people to talk about things they’re genuinely passionate about. People love to share their knowledge and we give them a great place to do that. We’re focused on
making it an even better place for that and getting the word out to even more people.

Finally, what advice would you offer to an aspiring entrepreneur dreaming of their first product launch?

Remove all the reasons why you can’t start and just start. Even if it’s in some setup other than perfect, just start in some way. You will learn a lot about your ideas that you could never foresee before you actually started and that’s a good thing. As you learn, don’t be afraid to tweak your original thoughts and go with what works and what you learn. Read Paul Graham’s essays and never surrender. You’re going to be amazing.