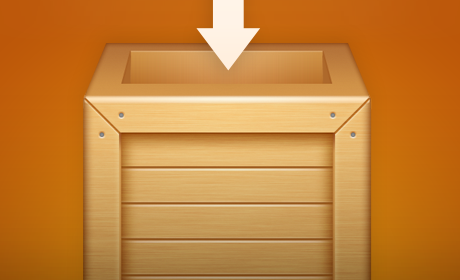 We recently reported on Crate, a great new cloud storage service which has managed to expand its user base considerably in a very short period of time, recently crossing the 10,000 registered users mark and turning down a $250,000 sale offer. The Crate story is a very interesting one, so we invited the founder of Crate, Sahil Lavingia, to have a chat with us about the product, and to share the always exciting tale of the rollercoaster ride following any startup launch.

Firstly, how did you get into the startup game? What other projects had you worked on before Crate?

I’ve worked on a few iPhone apps (Dayta and Color Stream) and a few web apps (Rmmbr, Tweader). I’ve sold off most of my prior projects so I can focus on a few – hopefully big – ones, like Crate.

Tell us about the first few days and weeks following the launch of Crate.

The first few days of Crate were completely silent. We probably averaged 10-20 sign ups per day. We soft launched to make sure that Crate wasn’t broken – then we started getting some press. Our first break, Hacker News, led to almost 1,000 sign ups in a day.

What separates Crate from competitors like Dropbox, or from Windows Live Mesh and Apple’s MobileMe? How do you distinguish yourself in a crowded market?

We’re all about sharing, not storing, your files. With that in mind we can focus on building our product purely with that vision in mind. Dropbox is nice, but only when a recipient has Dropbox too. Crate is completely transparent when you share a file, they may not even know you used Crate!

The team at Crate is made up of just you and your co-founder, do you think the industry is moving back to a time when one or two man development teams were most common?

Maybe. It’s just so easy to build something with little cost. And the biggest cost by far is hiring employees – so we’re waiting until Crate is well on its way to success before we start that process.

What is the conversion rate from free to paid users for Crate? What strategies do you use to maximize conversions?

It’s quite above average for SaaS apps in general. We don’t worry about conversions; we worry about making an awesome product. I think that will deal with that other problem in time.

Yeah, we got a $250k all-cash offer for Crate. I decided not to take it, mainly because I believe we can build something big. And in turn create something worth much more than that offer.

What advice would you offer fellow young entrepreneurs trying to ‘make it big’ in the world of startups?

Just do it. There is no excuse for not building stuff. Especially when “making it big” can happen in a day to someone totally not ready for it. The only way to make it happen for sure is to launch an infinite number of projects. So start.