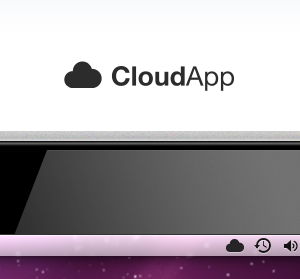 CloudApp launched in early 2010 to a huge amount of interest, and it has developed into one of the most popular file-sharing services on the web. The service provides fast, simple and reliable file hosting for tens of thousands of users around the world. To share the story behind the product we invited one of the founders of CloudApp, Max Schoening, to have a chat.

Tell us the background story on CloudApp, where did it all begin?

As much as we’d like to have a great story to tell our grandchildren (and your readers), the beginnings of CloudApp were anything but exciting. At the time we were doing contract work and needed a faster way to share files with clients. I looked around for some Mac developers and finally got in touch with Nick Paulson. We hacked together a basic tool that pretty much scratched our own itch. Colleagues and friends started using the application and we saw an opportunity. Larry Marburger joined us to build a rock solid backend and API. That’s pretty much the gist of it. A year after the public launch we now have a little over 150.000 colleagues and friends relying on CloudApp and we couldn’t be happier.

You managed to create a huge amount of hype prior to the launch of CloudApp, with tech blogs and thousands of users on Twitter following your progress with excitement. What advice can you give to fellow developers trying to replicate that success?

When we decided to make CloudApp available to everyone we were in dire need of beta testers. We put together a teaser page with a simple requirement: “If you want to test our hot new app follow us on Twitter and let the world know about it”. Within 24 hours thousands of users had signed up to test an application yet no one knew what it actually did. We had reached out to enough people that no matter what we did next there would be a certain amount of hype following our announcements. Personally I would not take this approach again. Don’t create hype with expectations but work hard and deliver a great product.

How important has the CloudApp API been to the success of the product?

One might argue that building an API for your product is very low priority and I strongly disagree. Maybe you don’t care about third-party access to your app’s data, but an API can give you so much more flexibility. Separating and open sourcing all the peripheral CloudApp components like dropviews, thumbnailer, and even the web app (still in progress) has been the best design decision we’ve made so far. It allows us to build, test, and deploy features to the API long before we need to think of implementation details and user experience. Building an API exposes the strengths and weaknesses of your product and your business model. Do it.

You now offer a CloudApp Pro upgrade, how did you approach monetizing the product? What alternative options did you consider?

Monetizing a product is one of biggest challenges an entrepreneur has to face. This is specially true in an industry where charging for great services is madness. We explored three business models:

1. Selling software the old-fashined way by charging a one time fee. This isn’t feasible if your product has ongoing costs like ours.
2. Begging for advertising crumbs. We looked into an ad supported version of CloudApp and while we haven’t dismissed it entirely, we don’t think it’s the right approach. We never want to be in the position where we’re tempted to build a feature that isn’t beneficial to our users but will lead to more ad impressions.
3. This leaves us with the fremium model. We charge for our product on a monthly basis (pretty crazy, right?) and offer a free plan for the occasional user.

What advice would you offer to other aspiring entrepreneurs?

Since we pretty much make everything up as we go, I don’t know wether we are qualified to give advice to aspiring entrepreneurs. So far it’s working out for us but you never know. One thing I do believe is that raising money to get started is a mistake. Stop worrying about growth and costs. Build the s**t out of your idea and start selling it to your first customer (your mom doesn’t count). If at a later stage you want to turn your idea into a game changer and you need the big bucks, by all means go for it. Just don’t make it the first item on your todo list. Don’t be ashamed to charge money for your product. It’s valuable. Don’t cheapen it by thinking that no one will use it if it’s not free. We think our product is valuable enough that even we pay for it. One of the biggest obstacles to pricing I think everyone needs to get past is taking it personally when someone doesn’t want to pay. Like every product or service that charges money, we get our fair share of people who think it’s either too expensive or that it should be free. “$5 is too much! Lower the price to $2 and I’ll buy a lifetime subscription right now!” Do the math. Figure out a price that makes sense. It’s a lot easier said than done, but once you have a realistic idea of what the service costs to run, you can be confident in your pricing.

August 24, 2012
PrevPreviousWhy Windows Phone 7 would have failed as a startup.
NextProducts That Solve Problems Market Themselves: The Instagram StoryNext