How my startup launched to 50,000 daily pageviews with just a few emails. 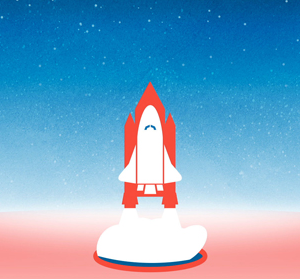 The launch of any startup is often the most important factor in determining the success of the product in the short-term, and consequently it’s vital that it is done successfully. Today we are sharing the story of a Windows software developer who launched his bootstrapped application to 50,000 daily pageviews with just a few emails to a number of select technology websites.

This developer has shared his story of doubling the price of his software, and increasing downloads by tenfold previously, and we received a number of requests for additional detail on this particular aspect of the story. The developer again wishes to remain anonymous: he will be known as ‘Gary’ for the purposes of this story, and his software will be known as ‘XProductivity’. XProductivity is a consumer-focused desktop productivity software. He is an independent, bootstrapped developer and this is the first product he has launched himself (being a full time software engineer for a larger company). Gary spent six months coding and designing XProductivity before launch, and the end result is a beautiful and high quality application.

The importance of fantastic web design in selling a product online cannot be overstated: the product’s website is the central avenue through which customers will originally read about the application, and is the most important factor in the decision on whether or not to purchase the software. Knowing this, Gary searched online to hire a freelance developer to create a website for his project. Following advice from a friend, he found Dribbble, and after just a few minutes of browsing the work of designers on the  ‘All-Stars‘ Dribbble list, he identified a short list of designers who he believed would be able to create a fantastic application for his product. His list was sorted from ‘most desirable’ downwards  – so Gary emailed the designer on the top of the list asking for a quote on the project. Unfortunately, the price quoted was out of Gary’s price range – being a bootstrapped founder – and he consequently moved onto the second designer – who accepted the project with a reasonable quote!  He ended up paying approximately $2000 US for the design, and coded the website himself. The end result is a beautiful web design which draws customers towards purchase, and highlights everything that’s fantastic about the software. He also spent time ensuring that the back-end of the site could scale for spikes in traffic numbers – with any online software product, traffic will always come in ‘spikes’ when you are covered by a major news outlet. That means that even if it seems like you’re paying far more for hosting than necessary based on average figures – you need to be prepared for a spike – there is nothing worse than your website experiencing downtime while your product is on the front page of something like TechCrunch. You will be losing users in the thousands every hour the site is down – the expense for good hosting will be worthwhile in the long run!

When the website was up and running, Gary was ready to launch in January 2011. Rather than using the ’email everyone you know’ method, Gary chose to keep his emails limited to just the highest quality publications (at least initially). He emailed editors from TechCrunch, The Next Web, Download Squad (now extinct), Lifehacker and Engadget. First, those which weren’t successful: Engadget and Lifehacker. Both of these publications aren’t really software-focused, and consequently emailing editors in the first place was a long shot and sure enough, his software was not covered on these sites. Techcrunch, The Next Web (TNW), and Download Squad did, however cover his application – within hours. TNW was the first to respond -within three hours – and confirmed that they were excited about the product and would publish an article, which was live within another hour. TechCrunch was second, publishing within seven hours, and Download Squad was last, publishing a story on the product three days later. This unintentional staged coverage actually proved to be very effective, as it meant that the spike in traffic following launch was extended over a full week. Pageviews peaked at approximately 50,000 per day, and decreased to 20,000 pageviews after 7 days. TechCrunch provided the most traffic, followed by TNW and Download Squad (with approximately the same volume of referrals each).

Gary believes that the success of his launch came down to these two primary factors: a fantastic web design, and selective emailing. Technology sites always want to be the first to break a story on a new product, and consequently emailing 100 sites instead of just 5 can often hamper the possibility of getting coverage from major websites. Paying for high-quality freelance web design also proved to be worthwhile, resulting in a far higher quality end product than he could have designed himself. In short, produce a fantastic web site, and email 5 major technology publications with tantalizingly exciting emails and your chances of a successful launch will be hugely increased.

August 24, 2012
PrevPreviousWhy your startup shouldn’t focus on growth OR profitability.
NextIs it impossible to succeed in a crowded software market?Next