Your product should always fix a problem, even if your users don’t realize it. 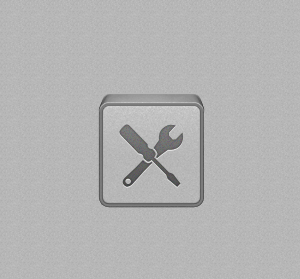 The best way to ensure your startup has a place in the market, and to ensure that it has long-term potential, is to figure out what ‘problem’ you’re fixing in the life of your users. If your product isn’t fixing a problem, no matter how generalized that problem may be, its chances of being successful are severely limited.

Solving some kind of an issue in the everyday lives of your users considerably reduces the possibility of your product being left by the wayside like a lot of other startups. It gives you, as the developer, a central idea to focus on: you know exactly what your product needs to do, and you can focus on making it do that better than anyone else on the market. Additionally, if a problem is being fixed, it increases the likelihood that users will be willing to pay for the product in the future – it won’t be a service users can just go without.

What about -arguably- the two most successful startups in recent years, Facebook and Twitter? Both of these services managed to solve a problem within online communication that their customers didn’t even know was there, and that is instrumental in their success. This kind of social media made communication among groups of friends effortless, they made the sharing of photos and video a simple part of everyday life, rather than a hassle, and they fundamentally enhanced the way in which friends could share experiences online. Yes, the ‘problem’ is generalized, but that is irrelevant: the founders knew exactly what issue they were trying to solve, and they focused their energies on ensuring that it happened.

Another example, Crate, whose developer we recently interviewed. The service fixes a very specific problem: the sharing of large files among different people, without the need to be using the same service, and without the need to login. The developer knew exactly what functionality needed to be included, and implemented it very well to solve that problem – he recently received a $250,000 buyout offer.

An example of a product which doesn’t do this well is Color. Yes, the concept itself is revolutionary, and the technology behind it potentially game-changing, but the product in its current incarnation is largely useless. What problem does it solve? That users can’t share photos of themselves on one side of a room with people on the other? This fundamental flaw in the service has resulted in a very low two-star rating for the application on the App Store, and has possibly cost the service it’s long-term chances of success.

When launching your startup, figure out what problem you’re trying to solve and focus on that: you will end up with a far higher quality product that will find its place within the market with much greater ease.

August 24, 2012
PrevPreviousMonetization is the best way to validate the worth of your product.
NextWhy Gumroad is the next billion dollar startup – The developer interviewNext