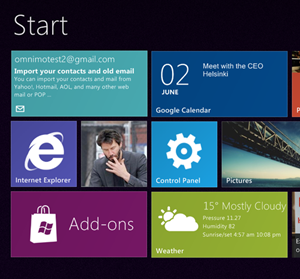 Windows 8 was recently unveiled with what many consider to be the greatest leap in Windows UI design since the operating system first launched in 1985. While the official release of the OS isn’t expected to be until sometime in 2012, software developers are already trying their hand at creating a similar interface for Windows 7, and you can test it out right now, for free.