Forget about raising capital for your startup and just build it. 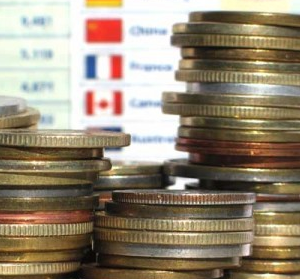 Raising capital has almost become the new ‘must-do’ step in launching a startup, just about every new founder seems to feel that finding investors is essential to succeed. With popular startup sites like TechCrunch constantly reporting on which startup has received funding, or who has entered into a new round of funding, it’s very easy to get caught up in the notion that funding is essential. In reality, that just isn’t the case.

In qualitative terms, the simple fact is that the majority of hugely successful startups in the past five years have launched without the help of outside investment. Sure, many have searched for and found investors further down the road, but they’ve launched on their own. In many cases, it can quite plainly be said that if you can’t launch the product on your own, than the chances of it being successful are fundamentally reduced. The success of any startup depends primarily on the skill, strength and tenacity of the founders – if those founders don’t have the belief that they can do it on their own, perhaps they shouldn’t be launching a startup at all.

The real cost of launching (most) startups  has, over the past five years, been reduced to almost nothing, and certainly not an amount that just about every found couldn’t produce out of their own savings. As a successful startup begins to scale up, the costs of maintenance and hiring staff naturally increases – but the cost of launching is (in most cases) manageable without the need for funding.

In essence, you can either spend six months earning money, gaining users and building a great company, or you can spend six months searching for capital that you likely don’t need right now. Furthermore, investors will be far more interested in a product which has already launched, and is already successful than something which is just an idea. Execution is everything, and launching a product on your own crucially demonstrates you can execute on the idea.

Forget about raising capital, forget about investors, and just launch. If your project becomes hugely successful very quickly, you’ll more than likely have no problem finding investors when you need it.

August 24, 2012
PrevPreviousSpaaze is a Virtual Corkboard to Organize Your Projects
Next‘Not failing’ should be the central aim in the first six months of any startup.Next