A practice run that made it big – the Wunderlist story 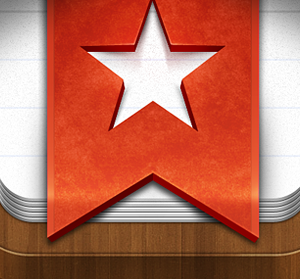 We recently checked out Wunderlist, a fantastic new to-do application for a range of platforms which has quite literally risen to the top in the industry. To tell us the background story on Wunderlist, we invited the founder of 6Wunderkinder, Christian Reber, to have a chat.

Tell us the background story behind Wunderlist, where did the idea come from? How did you acquire funding?

6Wunderkinder was founded in August 2010 in Berlin, Germany. We were six friends who already learned to work as a harmonic team during our time as a web and design agency. We came up with an idea for a productivity platform called Wunderkit and we found two great business angels who decided to help us realizing our vision. As Wunderkit is a pretty ambitious project and we knew it would take months to get it done, we thought about ways to rise the awareness for 6Wunderkinder and our work even before the initial launch. We decided to create something that literally everyone would need: a task manager. With doing so, we killed two birds with one stone. We showed the world that we are capable of creating cool software products, and we convinced the german High-Tech Foundersfonds to invest in our team.

Do you have any plans to monetize Wunderlist?

We are thinking about good and elegant ways to make revenue with Wunderlist, although it never was designed for that purpose. There are different options, but no matter if and how we do it, we won’t decide on a strategy without asking our fan base first. Anyway, all the cool features like cloud-sync and list sharing will definitely stay free.

Is that kind of ‘freemium’ style system the best approach for modern software developers?

No, not at all. It can be the right decision for consumer products like Wunderlist or let’s say Evernote, products that you want to be used by a very large amount of people. But you also have to consider the costs for development, server infrastructure and so on. There are a lot of startups that don’t get funded as fast as we did. And if the product itself gets more complex, development and maintenance gets more expensive. So I guess for a lot of modern software companies freemium really isn’t the way to go.

Why is a stellar user interface so important in the success of modern software applications?

That’s a rhetorical question, isn’t it? I mean you wouldn’t ask a car manufacturer why a modern dashboard is crucial for the success of his car. But this shows one thing: people do not automatically expect a good and intuitive user interface design from their software. They are used to inconvenient ways to control their apps, like a lot of submenus and incomprehensible captions in the settings. UI design not only is an important factor for the success of a software, but it also may be the most important one. Your app may have some killer features in it, but if the user don’t understand how to use them they won’t recommend it to others.

What are your thoughts on the software industry moving towards products and services being in ‘the cloud’ like Wunderlist?

To put it briefly, we love cloud computing and every single advantage that comes with. It has given us a lot of great online services in the past few years, like Evernote or OnLive. You don’t have to install your software anymore and you are less and less a slave to your hardware. You can use some of these services on your $100 smartphone and on your $2,000 notebook. Wunderlist itself wouldn’t work as good as it does without using cloud technology. The cloud helps us to realize our cross-platform dreams. It’s great and we are happy to be a part of this.

August 24, 2012
PrevPreviousTurning down $250,000 for your startup – the Crate story.
NextMonetization is the best way to validate the worth of your product.Next